Since signing with record label 4AD, Canadian electronic musician Grimes aka Claire Boucher, has become the new indie darling with tons of glowing reviews everywhere from Pitchfork, Stereogum, The New York Times, and even landing the cover of avant garde fashion magazine Dazed & Confused.  Her most popular tracks include the singles “Vanessa” and “Oblivion”

She encompasses a lot of the familiar tropes you might find in indie-electronic musicians. Of course, with this comes the criticism from Hipster Runoff and other music bloggers who are already questioning how much sustenance her musical output can really maintain.  Is it just a matter of time before she’s trending alongside Lana Del Rey’s poses, or can her indie buzz stand up over time?

Grimes is part of the DIY generation and most of her early buzz came from Internet blogs instead of from shows she was playing.  In an interview with Exclaim.ca she talked about the first Grimes release Geidi Primes, a hand-packaged cassette limited to 30 copies, but also offered as a free download in January 2010 by Arbutus Records.  Boucher describes it as “just a record I made that only 20 people knew about,” and soon thereafter blogs like Gorilla Vs. Bear were quick to pick up on it as “an essential go-to late night jam.”  For a while she recorded her own albums using Apple’s GarageBand until she started using keyboards, synthesizers, and other effects tools. All of her internet buzz led her to open in May 2011 for Lykke Li on her North American Tour and the following August, her debut album was re-released through No Pain in Pop Records.

2) Her unique sound, style, and aesthetic

Her entire aesthetic and unique ambient, vintage Sci-Fi sound and sometimes wordless vocals sets her apart from other electronic musicians, and it doesn’t hurt that her tracks are extremely catchy.  One of the most popular song off new 4AD album Visions is “Oblivion” which combines an 80s electro backbeat and ambient synths with 50s style girl group almost doo-wop harmonies for a really interesting sound that’s both completely futuristic while also evoking the best pop music of the past.  Her style also appeals to the fashionista set with her eerie, hippie-goth, futuristic  sort of look.  She’s also leveraged her fashion fanbase by creating a Tumblr so fans can emulate her look, in addition to her completely raw Twitter feed where she personally engages with tons of fans and shares her every unfiltered thought.

3) Will she fade into Internet oblivion?

Her rise within the indie scene has also created some comparisons to Lana Del Rey, not as much stylistically, but they’re compared more for their quick rise and buzz within indie circles  In an article for San Diego City Beat, writer Seth Combs created an algorithm of sorts which calculates that it takes an average of 35 days for an artist’s buzz to turn into backlash, and cites different artists like Odd Future and Del Ray as starting off huge but eventually dissipating just as quickly.

He definitely has a point where the online indie sphere has an inherent timeline in place to give an artist early compliments, only to half-heartedly retract or diminish them later, which is something Pitchfork has almost been built on, but as Combs states in the article, even though Grimes exists in the same indie sphere as someone like Del Rey, their overall career trajectory is worlds apart.  Grimes has produced and wrote every song she’s ever released while although Del Rey co-wrote every track on her debut Interscope album, she’s didn’t produce the actual music for any of the tracks.  Also, Grimes had been releasing music for over two years and courting a slow building buzz on different indie tastemaker sites before she crossed over to a more relevant indie position.  Del Ray’s ascension was so meteoric that the backlash was almost built in just for that notion beyond whether or not her music even deserved the negative press.

It also seems like Grimes has a more diverse array of tools at her disposal that can sustain the short attention of the indie glitterati.  She’s using bits and pieces of warm pop and eclectic electronic sounds from different eras that are entirely familiar but at the same time distinctly her own.  Her influences include everything from medieval music, to volatile industrial and noise stuff, to hip hop, and in the Pitchfork interview she said her favorite singer is Mariah Carey “because her voice sounds utterly groundless. It’s not even a human voice; it almost sounds mechanical.”

That’s what really makes her music so substantial right now and why it stands out amongst the other way over-saturated indie-electronic music genres.  Grimes takes so many of the best aspects from ambient, new age, R&B, idm, and pop music, and creates a new sound that’s completely her own, but still so familiar that you almost feel like you’ve heard it before.  It’s easy to compare two artists with substantial indie cred but when you really take a look at why they’ve become popular, it’s easier to get an idea of what will happen to their careers in the future.  It almost doesn’t matter how much fame builds around an artist, some sort backlash will eventually happen.  It’s really up to them to determine how that initial buzz will affect the rest of their career. 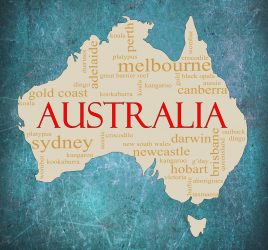